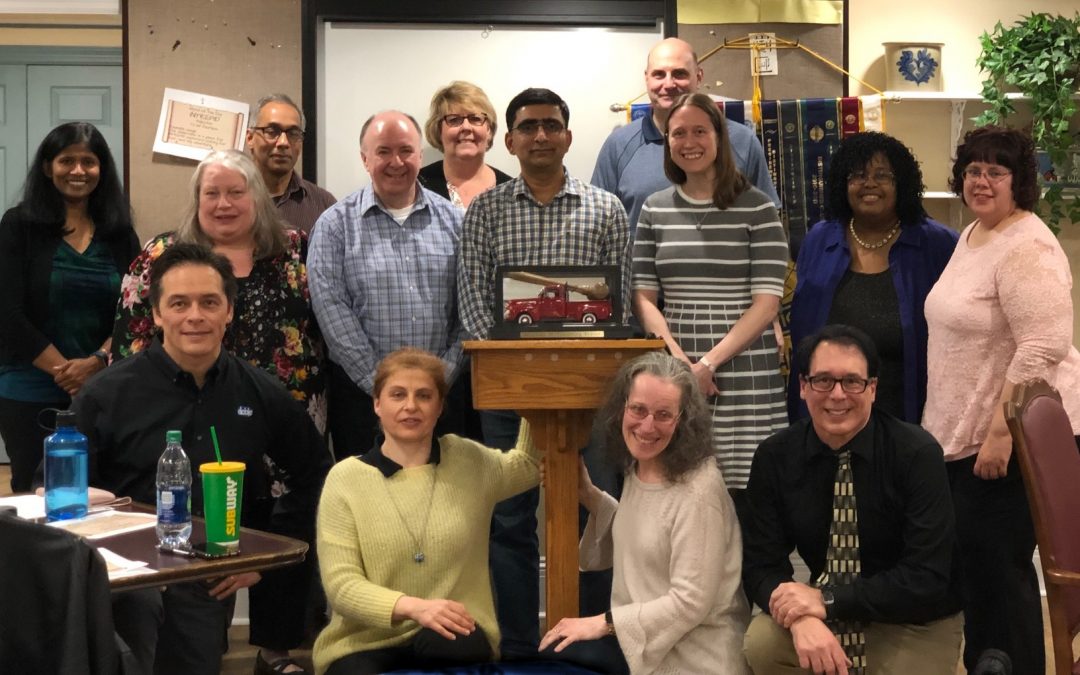 As we set off on our perilous 4.7-mile journey from Whitney Place in Northborough to Whitney Place in Westborough, we were confident that we would prevail. We knew that the innate cunning of the artful Articulators would take down Bianchi’s Bruisers and capture the Traveling Gavel. If all else failed, we knew we could fall back on Stacey’s legendary death-grip handshake.

Under the leadership of our dauntless President Krishna, we approached the target under cover of broad daylight. On arrival, we met some of the Bruisers and helped carry their stuff in. It turned out that their “luggage” contained a magnificent spread of refreshments. Immediately, we changed tactics and devoured that before honing in on our primary target.

The battle was fierce. We had to participate in funny table topics meted out by Susan. We had to listen to entertaining and hilarious speeches from Cynthia and Julia. We joined in group evaluations led by LoriAnn and Rich. We had to dodge Cherylle brandishing the Hatchet.

But finally, the spoils were ours! Bianchi himself made one last attempt to retain the treasure, but our brave VPEd, backed up by enforcers Bob and Dorai, leaped into the fray, and the Traveling Gavel was finally in the safekeeping of our Sergeant-at Arms, Bill. 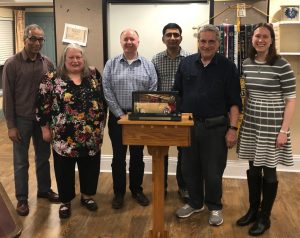 There was one last challenge – we still needed to get out of the building. One slight movement of Stacey’s right hand and the code to unlock the elevator was handed over!

We had so much fun capturing the Traveling Gavel. We thank Rich Bianchi and the Renaissance Advanced Toastmasters Club for their warm welcome and hospitality – it was a great evening.

We look forward to welcoming raiders to an Articulators meeting soon.