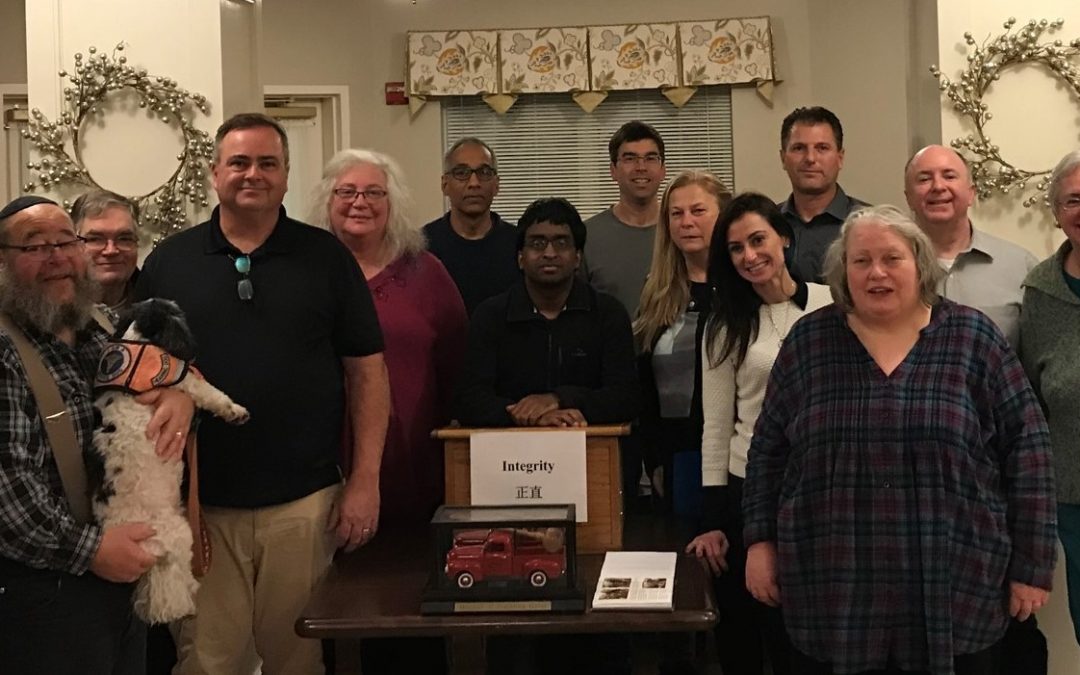 Let the mystery be solved….
On Tuesday evening, November 5th, The Articulators Toastmasters club was overrun by a gang of Metrowest Toastmasters who came with the sole purpose of robbing them of their Traveling Gavel.
While the gang from MWTM was met with overwhelming hospitality, they were undeterred.
Led by Rick Winer, who using his wit and cunning, managed to maneuver his way onto the Articulators agenda and deliver an over-the-top speech on some toastmaster lore, and accompanied by Lori Whitmore, who acted as club Ah Counter, Jonathan Shapiro, posing as Club Timer, Lisa Shapiro, and Gloria and Randy Salminen, the fearless band of Metrowest Toastmaster rebels secured the gavel.
In spite of the heinous crime, a good time was had by all and the Metrowest gang was treated to a fabulous display of toastmaster feats which included a wonderful speech, a rousing bout of Tabletopics, and marvelous snacks.
Randy Salminen
Share This